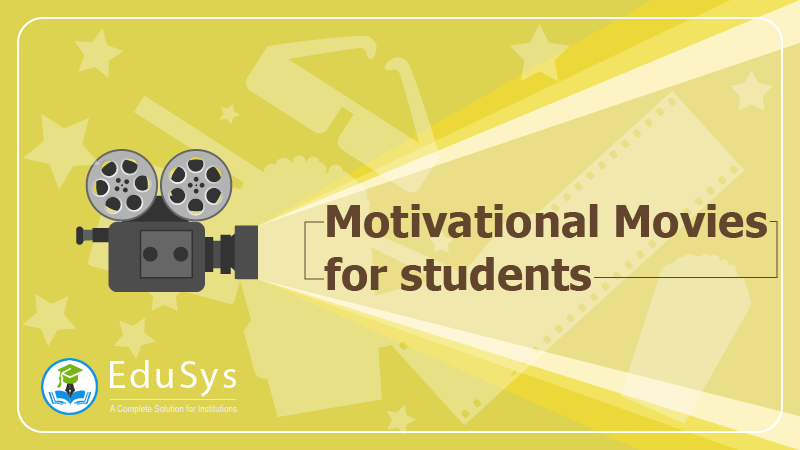 Films have their own charm and attraction. Occasionally few cinemas come around with great social message and inspiration. See some of the best motivational movies for students below.

3 idiots is one of the best motivational movies in Bollywoord for students. It stars Amir Khan, R. Madhavan and, Sharman Joshi in main roles. The film revolves around three college friends who succumb to the pressure of family and society and take up engineering; and how they overcome their fears to follow their heart and passion.

The film satirically displays the daily challenges faced by engineering students in India. It inspires every student to pursue his or her passion and interest.

Taare Zameen Par is yet another inspirational Bollywood movie in Hindi starring Amir Khan and Darsheel Safary in main roles. The film revolves around a kid who struggles with studies and academics, and how a teacher (played by Amir Khan) at a boarding school manages to interest him in education and life with unique and interesting classroom techniques.

Coach Carter is a 2005 Hollywood sports drama movie based on true events of a basketball coach namely, Ken Carter, in the US. The film portrays Samuel L. Jackson in the lead role and emphasizes on the importance of teamwork, friendship, sportsman spirt, academics, and other significant characterises needed to become a good human being.

Good Will Hunting is a 1997 motivational Hollywood movie starring Robin Williams, Matt Damon, Ben Affleck, Minnie Driver, and Stellan Skarsgard in key roles. The American film, written by Matt Demon and Ben Affleck, proves that one does not require degree or fancy college education to be master academics and knowledge.

The Great Debaters is one of the best inspirational movies for students. The film starring Denzel Washington and Forest Whitaker inspires students as well as teachers to face and readily accept challenges in life rather than running away from them. The story revolves around a teacher (played by Mr. Washington) who motivates students at a college to form a debate team that ultimately defeats the Harvard team at a debate competition emphasizing on the significance of hard work and dedication.