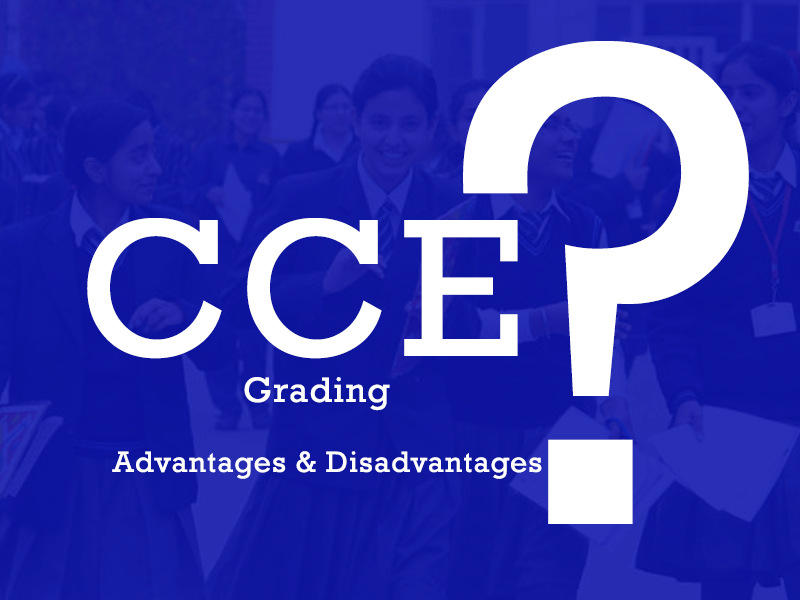 Assessment methodologies in education system evolve from time to time, not for the sake of educational boards themselves, but to ease the burden of examination on students and improve the quality of education. Continuous & Comprehensive Evaluation (CCE) system is the product of such an evolution, which was carefully masterminded by education professionals to change the dynamics of the evaluation process. Just like any other assessment system, CCE grading system, too, bears certain advantages and disadvantages.

What is CCE grading system?

CCE grading system is a process of assessment, mandated by the Right to Education Act, of India in 2009. The primary purpose of CCE is to assess every aspect—academic and non-academic aspects—of students during their schooling and thereby take the edge off the pressure of passing held by students during/before exams.

Unlike older assessment method, where students were evaluated by one final exam at the end of an academic year, in the CCE system, the students are evaluated in two stages of examination, namely the formative and the summative, throughout the year. The aim of the method is to reduce the workload on the students by allowing them to take a number of small tests throughout the year in place of one single test at the end of the academic program. This way, students can showcase their talent in other fields such as arts, sports, music, athletics, etc. and also keeps them motivated.

Formative tests are conducted four times in an academic year and carry a 40% weightage for the total aggregate.